skip to main | skip to sidebar

There’s a moment, half way through the movie, when the Goonies’ search for One-Eyed Willie’s rich stuff should've ended. They’re standing at the bottom of a wishing well and have the opportunity to ride a bucket up to safety. Now they’ve already seen several skeletons, been attacked by rabid bats, almost killed by falling boulders, and of course the gun-toting Fratellis are somewhere behind them; but after listening to a less than stirring speech delivered by an asthmatic they decide to stay in the caves. Here is Mikey’s speech:
Don’t you realize? The next time you see sky (pause) it’ll be over another town. The next time you take a test (pause) it’ll be in some other school. Our parents, they want the bestest stuff for us. But right now they gotta do what’s right for them. ‘Cause it’s their time. Their time! Up there. It’s our time. It’s our time down here. That’s all over the second we ride up Troy’s bucket (takes puff from inhaler).
According to Aristotle’s On Rhetoric, "Persuasion is achieved by the speaker’s personal character when the speech is spoken as to make us think him credible... Secondly...through the hearers, when the speech stirs their emotions...Thirdly...through the speech itself when we have proved a truth or an apparent truth by means of the persuasive arguments suitable to the case in question." We can use these three modes of persuasion as a kind of rubric for assessing Mikey’s speech.
Let us first examine the ways in which Mikey fails to establish credibility or ethos.

Mikey fares slightly better in his appeal to emotion, or pathos, but still, his argument is fundamentally lacking.

I would like to shift our attention to logos, or the facts that Mikey uses to support his argument, but there aren’t any facts. Mikey’s entire argument is predicated on assumption.
So why did they follow Mikey? I have no idea. Maybe they all just looked at him and realized how super cute he was or maybe the Goonies were just really, really dumb. I don’t know. I also don’t know why not riding up that bucket elicited this response from Troy:
Posted by Amber at 2:32 PM

Email ThisBlogThis!Share to TwitterShare to FacebookShare to Pinterest
Labels: The Goonies

Two words: Truffle Shuffle. Chunk redeems this whole movie, and makes up for all of Mikey's annoying sincerity.

You'd really also think Troy would have noticed before the bucket reached the top Andie wasn't in it? I mean surely he would realise the weight he was pulling up did not equal a teenage girl!

Maybe it was the 'Rudy' syndrome. The start of it all.

Also, this line had me laughing really hard:

"the next time you go trick-or-treating, it’ll be in a neighborhood filled with sex offenders."

Basically, you win at life. :)

Dude, "the next time you go trick-or-treating, it’ll be in a neighborhood filled with sex offenders." -- let's see Aristotle try to top that persuasion.

I now see the whole of the Goonies in a whole new light.

Suddenly, it doesn't make sense any more. My childhood is falling apart around my ears.

Metaphorically, of course. It'd be weird if it were literal. Not sure how that would work, actually.

You know, and don't pass out in shock or anything, but I have never seen "The Goonies". I told someone this recently and they looked at me like I suggested their grandma was a Nazi or something. I have never seen it. I am ashamed.

Wow, that was so well thought out! well done! *clap clap clap*

VEG - Your grandma's probably not a Nazi, but you should really just see the movie to avoid future reactions like that. You won't regret it!

Holy Mary, mother of God.
If you were down there with them, you would have smashed Mikey's speech to atoms right then and there, wouldn't you? Everyone climbs out after your demotivation, and here's what happens:

Eventually, Sloth and Chunk would have just caught up to the Fratellis on their way back. I suppose in another town, word would get back to them goobers that consruction workers found poor Lawrence, likely when they were building Elgin Perkin's golf course.
Luckily for him, the only person who really needed convincing to stay was Andy, and she was already sketchy about being rescued by Troy. Everyone else was just kinda tired and whiney.

Here's what struck me as odd: How was that whole gang of kids watching the fat kid climb through the cellar window, when they could have taken the same exit as him to get to safety?

nos•to•ma•ni•a /nos-tuh-mey-nee-uh/ n. an overwhelming homesickness; a passion for nostalgia

I write stuff for Rookie. Check it out, por favor. 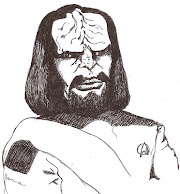